At AWAM, we believe in building good relations and expanding not only our message but also in amplifying our voice by working with other stakeholders – including other Civil Society Organizations (CSOs). 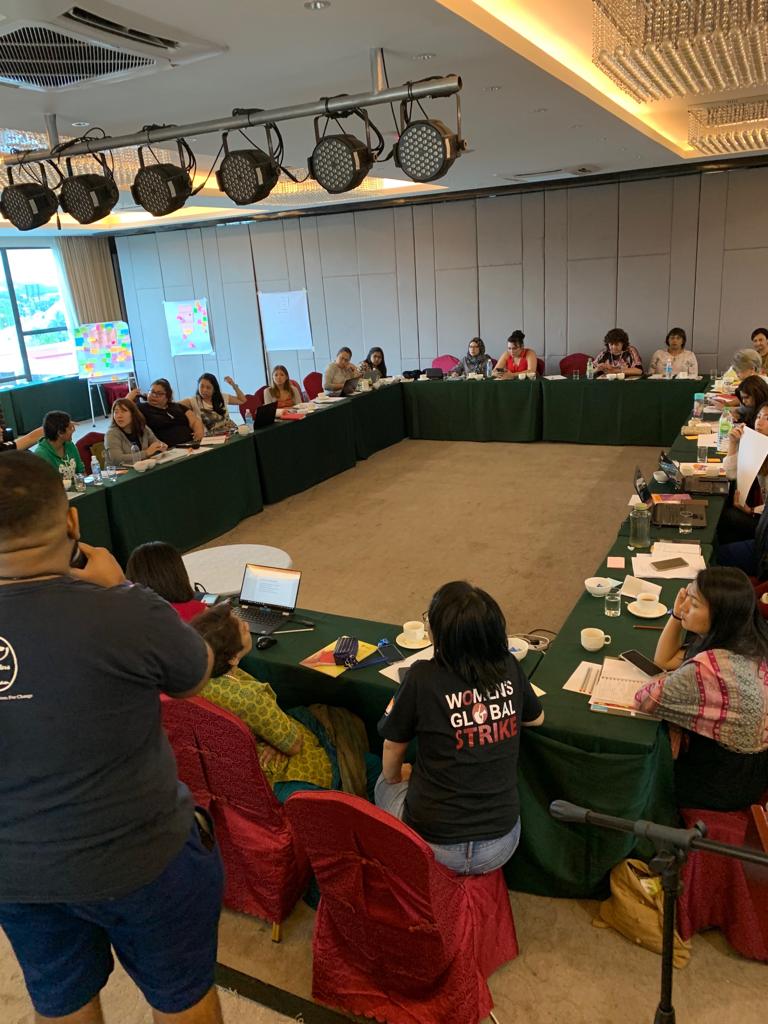 The Joint Action Group for Gender Equality (JAG) is a coalition of civil society organisations (CSOs) working towards gender equality. When JAG was first formed in 1985, the group referred to themselves as the Joint Action group Against VAW (Violence Against Women). However, as more and more gender-related issues and studies were conducted, the group also evolved to adopt a more holistic approach to sexual and gender-based violence (SGBV).

Over the years, the many organisations that make up JAG has successfully campaigned and lobbied for public awareness and education, and legal reform efforts. In this journey, AWAM was a part of the efforts which led to milestones as the 1994 Domestic Violence Act and the inclusion of “gender” under Article 8(2) of the Federal Constitution in 2001.

Today, JAG engages regularly with the Ministry of Women, Family and Community Development in order to provide better access to rights and address the social factors affecting that very same access.

GBM is a coalition of 28 endorsing member organizations working towards improving the situation in several key areas such as the engagement space for civil society, monitoring socio-economic policies, quality of education and vernacular education, unity in religious and ethnic diversity, environmental issues, and engaging with the B40 community.

Women’s Learning Partnership is a partnership of 20 autonomous women’s rights organizations located throughout the Global South that promote women’s leadership, civic engagement, and human rights. We are an international, non-profit, non-governmental organization in Special Consultative Status with the Economic and Social Council (ECOSOC) of the United Nations.

AWAM is the Malaysian partner and we work together to conduct public education work in Malaysia in order to boost women’s engagement – especially on issues related to gender empowerment and gender-based violence.

COMANGO – Coalition of Malaysian NGOs in the UPR Process

AWAM and other Malaysian NGO’s participate in the Universal Periodic Review (UPR) by submitting alternative reports and accounts based on civil society observation, engagement and statistics.

The Coalition for Clean and Fair Elections (better known by its Bahasa Malaysia name “BERSIH” or ‘Clean’) issued its first joint communiqué on 23 November 2006. At its formation, BERSIH comprised civil society organisations and political parties with the objective of campaigning for clean and fair elections in Malaysia. BERSIH’s journey thus far has been both monumental and memorable. BERSIH was thus as BERSIH 2.0, throwing off it’s yoke to political parties, becoming a coalition of like-minded civil society organisations unaffiliated to any political party.

AWAM proudly supports this initiative to monitor the electoral process and is a strong supporter of the voter’s rights and participation in the political process.

RRAAM was formed on February 2nd, 2007 by twelve organisations (one of which is AWAM) and individuals committed to the following mission:

We believe that women have the right to access legal, safe and affordable contraceptive and abortion services, both as women’s reproductive right to decide on reproductive matters and as the right to health. We acknowledge that women’s well being, health and empowerment improves when these rights are accessed. Our commitment is to increase awareness of and access to these rights among women, health providers, NGOs, policy makers, the media and the public through the strategies of information, education and evidence based advocacy.

Through RRAAM, AWAM hopes to create more awareness on the issue of Sexual and Reproductive Health and Rights (SRHR).

get to know us
HOME